The Arecibo message is a one of a kind interstellar radio message. In 1974 it was set from earth to globular star cluster M13 with some basic information about humanity hoping that some extraterrestrial intelligence might receive it.

During the ceremony celebrating the remodeling of the Arecibo radio telescope in Puero Rico (16 November 1974), the message was broadcasted into the space using frequency modulated radio waves. 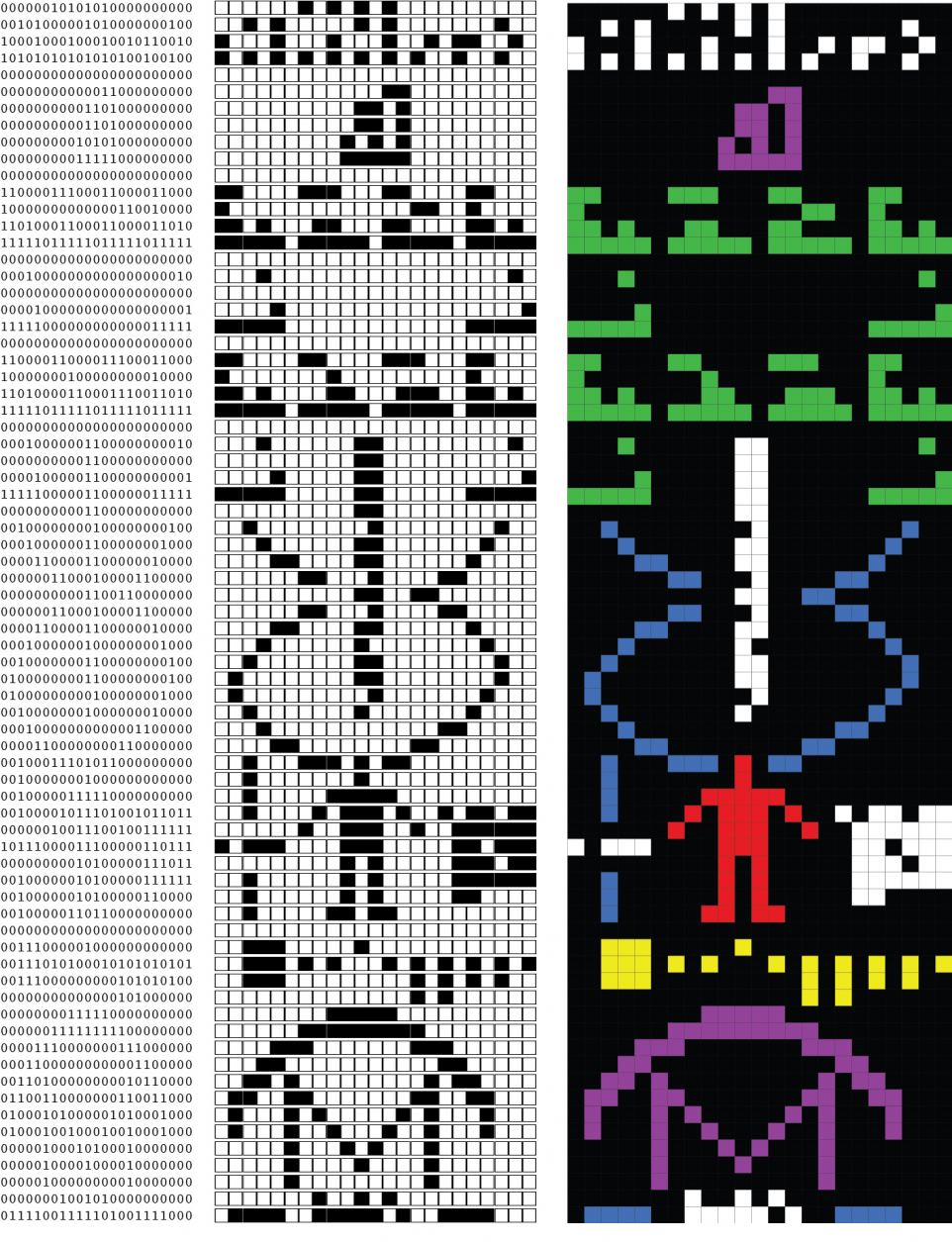 The original message with color to highlight its separate parts.

The message consisted of 1,679 binary digits, 210 bytes large, transmitted at a frequency of 2,380 MHz and it was modulated by shifting the frequency by 10 Hz, with a power of 450 kW. The ones and zeros were transmitted by frequency shifting at the rate of 10 bits per second. The message was less than three minutes long. Within the message have been encoded different information such as the numbers from one to ten, the atomic numbers of the elements hydrogen, carbon, nitrogen, oxygen, and phosphorus or the number of nucleotides of DNA.

The Arecibo message as decoded into 23 rows and 73 columns

Since it will take nearly 25,000 years for the message to reach its destination and as many years for an additional reply I thought I had enough time to experiment a little with this database. In particular, I took the message as a binary string and saved it as a text file. I then imported this text file inside Ableton live and used the binary sequence as a trigger for audio samples. Below you can see a video that explains better the procedure.