In the last couple of months we've been working on a sculpture adaptation of Multiverse and the materialisation of a work born to be seen on the screen brought with it several aspects to be solved. First of all, the intrinsic dynamism of a particle system, followed by the static connection of all the pieces involved so that the stability of the system as a whole is guaranteed. 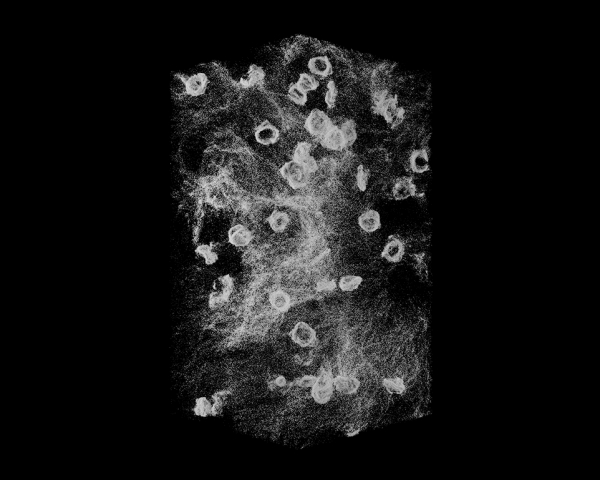 To recall the dynamism of the particle system, the pointcloud exported from the Multiverse custom software also carries information on the speed of each individual particle. This information was useful for reconstructing the "trail" of the particle in Houdini FX, directed as its speed, and of useful length so that a connection with a nearby particle is possible. 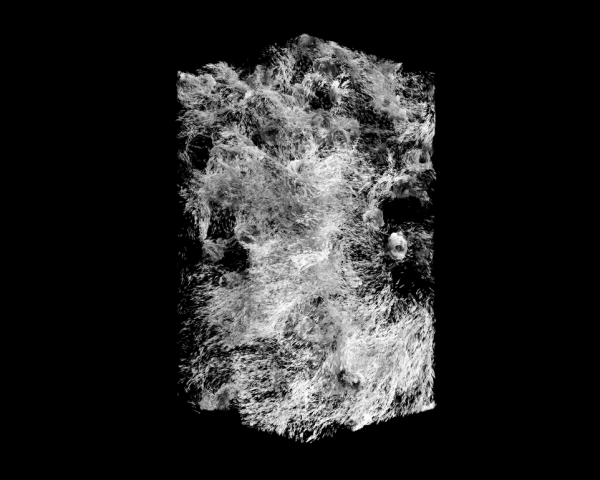 To refine the directionality and the three-dimensional spatialisation of the particles, a flocking behavior has been implemented in order to improve the positioning and orientation of the particles. These then, using the velocities data contained in them, orient themselves (alignment) looking for and mediating between the velocities, and therefore the directions, of the neighboring particles, resulting in a complex ordered system.

To guarantee the stability of the molded piece, it is necessary that the parts that compose it form a whole, integral, and multi-connected, from the highest point to the ground. For this reason, a search system has been implemented whereby each end of the bar is able, within a certain distance threshold, to search for a nearby element and tend to connect to its free end.

Once connected, only the solidarity and multi-connected assemblies are maintained, thus eliminating the most minute and floating parts. 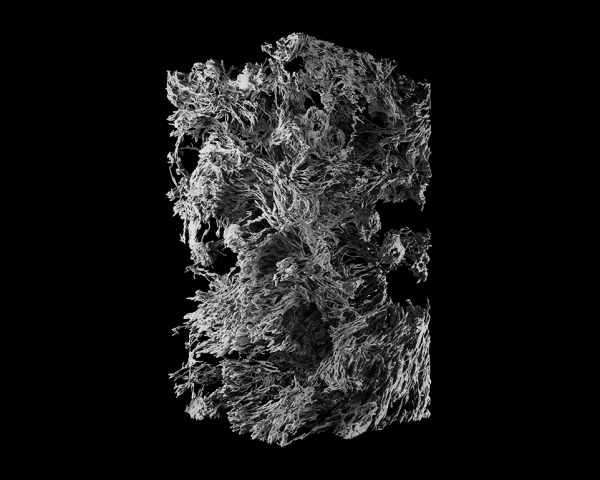 The images in the gallery represent the first prototype attempt, a polyammide MJF 3d print of a cropped portion of the original pointcloud, about 1/12 of the whole bounding volume. The prototype measure about 12.5 cm * 12.5 cm * 17.5 cm.